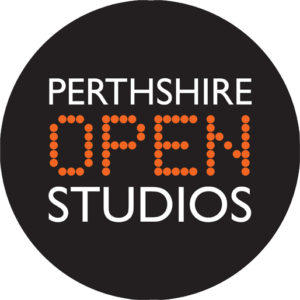 Many thanks to everyone who came along to my studio during Perthshire Open Studios. It was my most successful year so far, in terms of sales, but it was also a much more focussed event for me having opened the studio itself this year, and going solo. I really enjoyed the conversations, and meeting people who were drawn to my work specifically. Seeing responses to my work, and gaining different perspectives on it, is really fascinating to me and will perhaps help develop my artistic practice.

If you visited any venues during Perthshire Open Studios 2019, please do fill in the visitors’ survey. You could win £100 to spend on art! www.perthshireopenstudios.com/visitor-survey-19 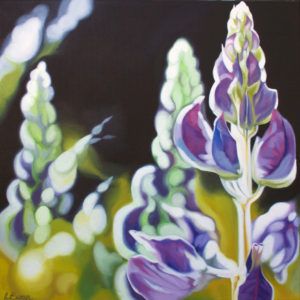 Next on my exhibiting calendar is Frames Gallery’s 40th anniversary exhibition, opening this weekend. Hugh, Julie, their family and team have maintained an excellent standard of art exhibiting for all these years, and I am delighted to have been continually supported by them since graduating from art college. The show will be an eclectic mix of over 70 artists’ works, with some who have been exhibiting at the gallery right from the start of their careers. The exhibition runs until 19th October 2019.

On offer will be; a selection of original paintings, professional quality giclée prints, greetings cards and other smaller items – all of which will be available for sale. This is the only event where you will find my original paintings at a slightly discounted price, as I still have significant overheads, but not quite as high as the wonderful galleries that I work with. In the interests of fairness, I offer the discount only as an incentive to visit my studio for the duration of POS, and only on the paintings that will be present in the studio at that time. Prints and cards are available on my Etsy shop, but I will have a better selection during POS.

You may have seen me at other open studios events. Previously, I have taken part in POS as part of the Stanley Artists group, and in the distant past I participated in North Fife Open Studios and WASPS Dundee Open Studios when I lived and worked in those areas.

For more information about POS, event dates, and how to find my studio, please visit: www.perthshireopenstudios.com 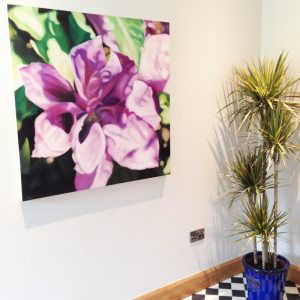 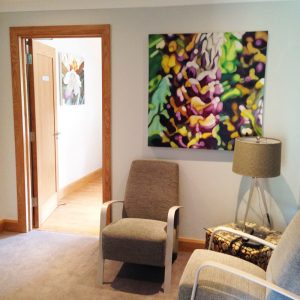 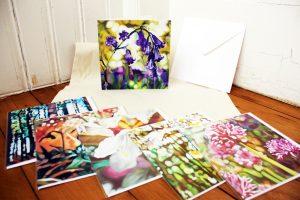 Here’s a list of confirmed exhibitions that I’ll be taking part in this year. I’ll be adding to it as the year progresses, so do look back here for updates. 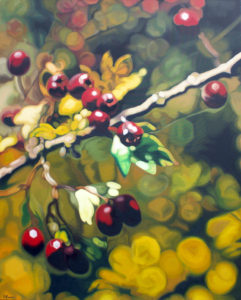 Look out for my work in and around Glasgow and Edinburgh this November, as I’ll be exhibiting again at the Annan Gallery, Mansfield Park Gallery and Lemond Gallery.

The year so far has brought a few exhibitions, some larger scale work, and more time outdoors in the beautiful weather. I won’t be taking part in Perthshire Open Studios this year, rather I’ll be enjoying more time in the studio, making larger scale work again for the remainder of the year.

Annan Gallery, Mansfield Park Gallery and Lemond Gallery, all in Glasgow, have been showing my work these past few months, and I had some pieces in the arTay marquee again in May, part of Perth Festival of the Arts.

Look out for my work later in the year, in Glasgow again!

June is becoming a busy month for my work this year. 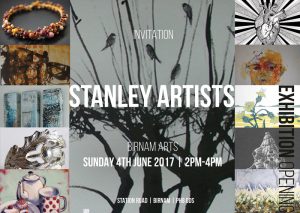 This coming Sunday, from 2-4pm, we have the opening of our Stanley Artists‘ exhibition at Birnam Arts – all are welcome, there will be home baking and wine! We’re all really excited about exhibiting together, outside of our annual Open Studios event (that’s still happening in September too though). The exhibition runs until 31st July.

Also this weekend is the annual Summer Show at the Lemond Gallery in Bearsden, and I am thrilled to have eight pieces on show with them for the first time. There will be around 500 artworks available for sale over just two days, so it’s a lot like an art fair in a way. In addition, they will be taking my work to Edinburgh the following weekend. More information on their website. 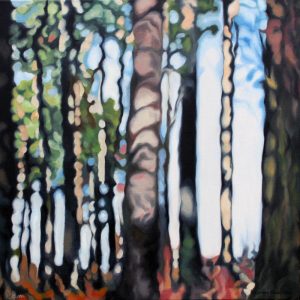 Finally, for June anyway, I will be putting a few pieces into the Dunkeld Art Exhibition. The exhibition runs from 22nd June over most of the Summer, and hosts at least a couple of hundred artists. It’s a very popular event, not least with all the tourists visiting the area, and profits from the exhibition help fund the upkeep of Dunkeld Cathedral.

I’m delighted to have been invited to take part in arTay again this year, part of Perth Festival of the Arts, which is run by Hugh Goring and his team at Frames Gallery of Perth. 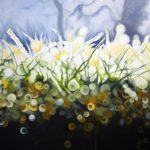 The arTay marquee will be open to the public from the 18th to 21st May, and promises to showcase some of the best in Scottish visual art. Last year around 300 artworks were exhibited for sale, from a large variety of artists at all stages in their careers.

Entry is free, and well worth a visit.

The marquee will be located next to Perth Concert Hall. 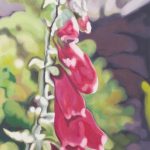 Currently, I’m preparing for a few exhibitions that begin in the coming months, these include a group show with Strathearn Gallery, running from 11th February to 12th March, and I am delighted to be exhibiting there again.

I will also be exhibiting with Perthshire Visual Arts Forum, as part of a members’ show, at the Royal Scottish Geographical Society, Fair Maid’s House, Perth. This exhibition forms a part of the Platform event, run by Perthshire Creates, during the last week of March. 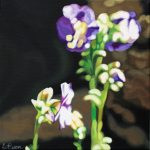 Perthshire Open Studios will also be holding their 10th Anniversary Exhibition, at the newly refurbished Civic Hall in the PKC headquarters at 2 High Street. This exhibition also forms part of the Platform event, run by Perthshire Creates.

I’m delighted to have been invited to take part in arTay again this year, part of Perth Festival of the Arts. The arTay marquee will be open to the public from the 18th to 21st May, and promises to showcase some of the best in Scottish visual art. Last year around 300 artworks were exhibited for sale. Entry is free, and well worth a visit. The marquee is located next to Perth Concert Hall. See www.perthfestival.co.uk/event/artay-18-21-may-2017/ for further details.

This year, at Edinburgh Art Fair, I will be showing work for the first time with Arte in Europa.

No Naked Walls Gallery will be showing my paintings in their next exhibition entitled, ‘Hope Springs’. I look forward to working with them, and am excited to be exhibiting more south of the border.